Now, I’m by no means an expert at networking but I have picked up a few tips over the years. It can be daunting to start networking for the first time; I know some seasoned professionals who still feel a flutter of nerves before walking into a room. It’s completely normal! So, here’s a few tips from me to start you off…

Arrive on time – I know it’s probably not cool to arrive at the very start of an event but I certainly prefer not to rush in to a big group of people! Arrive on time and have a chat with the organisers and other individuals who’ve arrived early too. It’s far easier to mingle in a small number of attendees than to be overwhelmed by a crowd. 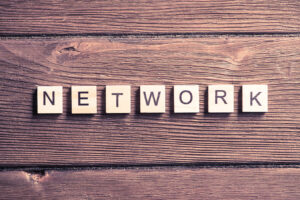 Don’t be too salesy – I don’t think that’s even a word, but I’m making it one! Nothing makes me cringe more than someone who starts bombarding me with their business spiel. Just be casual; networking should be organic and friendly. More often than not, people want to do business with people they enjoy talking to and spending time with.

Be able to describe your business – Leading on from the last point; if someone does ask about your business, then be ready to describe it as succinctly as possible. Some people call this an Elevator Pitch.

Ask questions – Even simple questions can break the ice. “Have you been to this event before?” for example, can open up the dialogue a little and lead on to further conversation.

Smile – This can be really difficult when you’re feeling a little nervous but a smile goes a long way to show you’re an open and friendly person… maybe you’re not but you can still try to be!

Take some business cards – This can seem obvious but, horrifically, I’ve forgotten to replenish my supply and ended up just reciting my web address!

Have a good handshake – Ok, so I never used to think this was a ‘thing’ but seemingly it is! I’ve always had an alright handshake but apparently it should be firm and you need to look people in the eye – easier said than done though, right?

Following up – So, you’ve done your networking for the day and have collected a few contacts; the next stage is following up! Someone once told me that if it’s not clear from their card that you should write a little description of what they do on the back. If you have their LinkedIn details then make contact on there; follow them on Twitter and maybe send a little Tweet to say “Hi”. Usually this should be done in the hours that follow the event – more than a few days later and they may have forgotten! 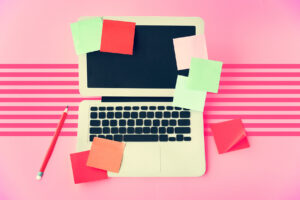 Maintenance – Now the hard work really begins; in order to keep those relationships going it’s a good idea to keep involved and up to date with your contacts. Twitter, LinkedIn and the like are all great ways to keep in touch – plus networking events of course!

So, there we have it! This list is just a small list to get you off to a good start. In Cumbria we have quite a number of excellent networking groups; I have compiled a list here…

It’s probably the only time in life you can say “Do talk to strangers”!